Here are quoteables from the afternoon celebration on a hotel rooftop in downtown Nashville:

“It is a rare honor to be in a position to congratulate an artist on the milestone of selling 10 million albums in their career. The fact that Casting Crowns has done so, and in a relatively short period of time, clearly speaks to the power of the songs and the message this band has communicated over the last 14 years. It’s a testimony to the impact of their hard work and dedication to ministry. We are so grateful to walk alongside Casting Crowns and be part of sharing their music with the world.”

“The music and message of Casting Crowns has challenged, encouraged and inspired us all. Achieving 10 million albums sold is remarkable and overwhelming, yet even more humbling is to know that millions of hearts have been touched, changed and brought closer to God through the ministry of these songs.  Casting Crowns spirit, commitment to service, and incredible generosity is a catalyst to our team and all the teams around them. We feel proud to be a part of this profound and prolific band and are grateful to see them honored by their peers.”

“Working with Casting Crowns from the beginning has been a true honor and joy. I’m not sure anyone could have imagined the amazing journey God was preparing for this band. Selling 10 million units is a rare milestone for any artist, but what makes this so special is how humble and focused on mission the band really is. And that mission continues. I’m very grateful to be associated with such incredible people.”

In addition to their career celebration last week, Casting Crowns was awarded their 18th GMA Dove Award for “Contemporary Christian Artist of the Year.” The band also performed their song “Loving My Jesus” during the live taping of the 48th Annual GMA Dove Awards that aired on Sunday night on TBN. 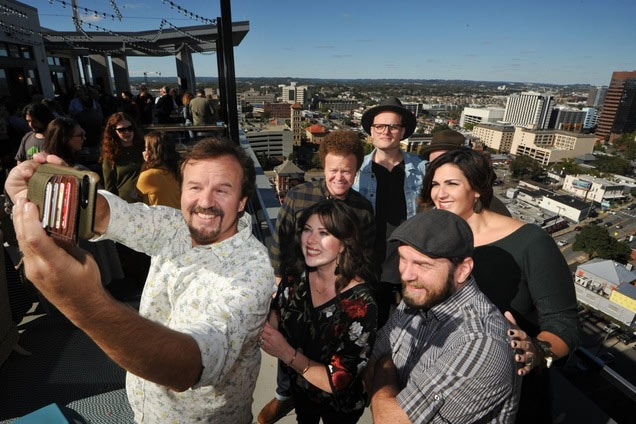 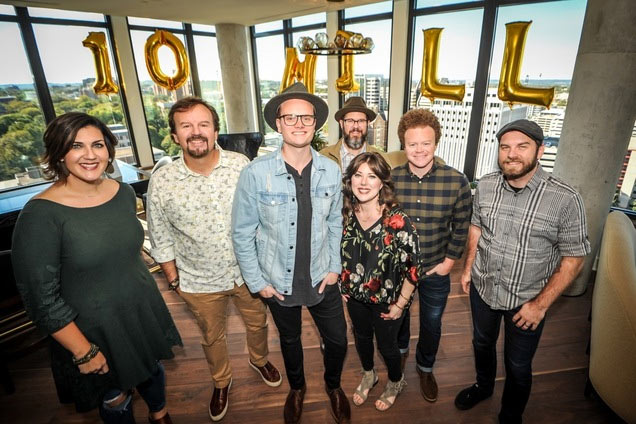