When was the last time you listened to a song that was so powerful that it helped you accomplish something you didn't trust you could do? Or maybe you have an entire playlist of motivational songs you like to jam whenever you need an extra boost of confidence. Since betting is something so popular nowadays, there is no wonder there are so many online gambling venues players can easily access from home or any remote location with just a few clicks or taps. It is also not surprising at all to learn that there are actually entire playlists of songs that you could be listening to that have been especially crafted to inspire gamblers. 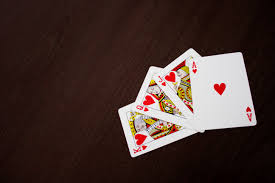 Also, it should be of no surprise that casino games have spawned their share of hit TV shows, as well as movies. The music industry currently has plenty of examples of folk and rock songs, as well as country and hip hop that revolve around the gambling theme. If you are not familiar with any of them, you can check out these next few lines and discover a nice selection of songs that should at least help you find more inspiration when playing your favorite games.

“All I Wanna Do Is Play Cards”

Are you familiar with Corb Lund's song “All I Wanna Do Is Play Cards”? It was released in 2005 under the Stony Plain Recording Co. label and it is a perfect match for anyone who likes to keep a deck handy at all times. You should have no issue relating to this particular song as it is a classic country Canadian song that is highly popular.

The song is a catchy one in which Lung runs down all the work and life commitments that he wishes for himself. His only wish is to give in to his card obsession, and, as the song tells us, at the end of the day, he would rather play blackjack, draw poker, or split hi-lo than write songs. But these are not the only songs that he seems to enjoy playing. Omaha, Texas Hold'em, and Chinese rummy, also count among his favorites.

If you are currently engaged in a couple of live casino games, you could listen to this jam while doing it, as it will give you a certain state of mind that should motivate you to keep playing.

Stevie Nicks released this song in 2014 under the Warner Brothers label. Despite of the fact that the song was written back in 1979, it didn't manage to see the light of day until three and a half decades later. The song tackles topics like love and regret and it is also filled with a lot of card references. The songwriter described herself as the dealer who held the cards, as well as a card shark.

While you might find it more difficult to play music while gambling in a brick-and-mortar casino, as there are already plenty of distractions to deal with, playing online or mobile casino makes it simpler. Places like Osiris simplify the gambling process, enabling players to gain immediate and almost unrestricted access to their favorite titles, from any remote location, while playing to their favorite motivational songs.