GRAMMY® Award-nominated rock band NEEDTOBREATHE have released their anxiously awaited new studio album, Into The Mystery. The album is available physically and digitally via Elektra Records starting today HERE. Limited edition merch offerings are available exclusively through NEEDTOBREATHE’s online store HERE.
“For us to be in a band this long, still enjoy it, and make what we believe is the best record NEEDTOBREATHE has ever made, it comes down to resiliency,” the band shared. “We’re still hungry. We’re ready to take the next step. We also don’t have passive fans. They are living their lives to these songs. They’re resilient. We’re pretty honored and proud to carry these songs into a world that’s hurting right now. Maybe we could be a picture of hope that inspires someone else to keep going.”
Just as their critically acclaimed 2020 album Out of Body impacted audiences, NEEDTOBREATHE capitalized on a rush of creative inspiration. Without telling a soul, the band decamped to a historic house-turned-recording studio in Columbia, TN to begin working on new music. Over the course of three weeks, they resided under one roof, and recorded together with co-producer and engineer Konrad Snyder and special guests. Out of this “extended summer camp,” they handcrafted an album reflective of the moment, yet independent of all expectations—even their own.
For as intimate as the recording process was, the band filmed every minute of it for an upcoming documentary entitled, Into The Mystery. Last week, Deadline announced Greenwich Entertainment acquired the film’s North American distribution rights, and will release it this Fall following the band’s upcoming tour. Into The Mystery was directed by Chris Phelps and co-produced by Elektra Records and Foundations Music. Watch the film’s trailer HERE.
Into The Mystery is highlighted by current single “I Wanna Remember” featuring seven-time GRAMMY® Award winner Carrie Underwood. Last month, the band and Underwood delivered the television debut performance of the song at the 2021 “CMT Music Awards”. Crowned as one of the most showstopping moments of the evening by both US Weekly, Vulture hailed it as a “powerful, predictably huge performance of their duet,” and E! called it, “something fans will want to remember.” Watch their unforgettable performance HERE.
Into The Mystery was announced this Spring alongside the release of the album’s lead single and title track. In recent weeks, the band has also unveiled “What I’m Here For”, “Sunshine”, “Chances”, and “Carry Me“ (feat. Jon Foreman of Switchfoot). Into The Mystery’s early releases have received praise from Rolling Stone, Billboard, Entertainment Tonight, People, American Songwriter, and more. 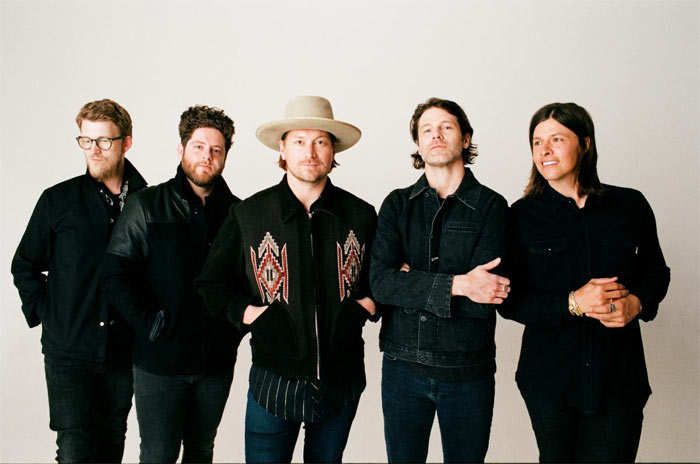