Curb | Word Entertainment’s Natalie Grant performed a show-stopping version of the National Anthem before the 2022 College Football Playoff National Championship in Indianapolis, Indiana Monday night, 1/10, which aired on ESPN, after which, WAY Nation said, “Natalie Grant just reunited all of America with an electrifying National Anthem performance….” Multiple mentions were made of the similarity Grant’s performance had to Whitey Houston’s iconic anthem performance during Super Bowl XXV. Fans on social media, including Arsenio Hall, Dave Barnes, and Lee Greenwood, were buzzing about Grant’s remarkable rendition. 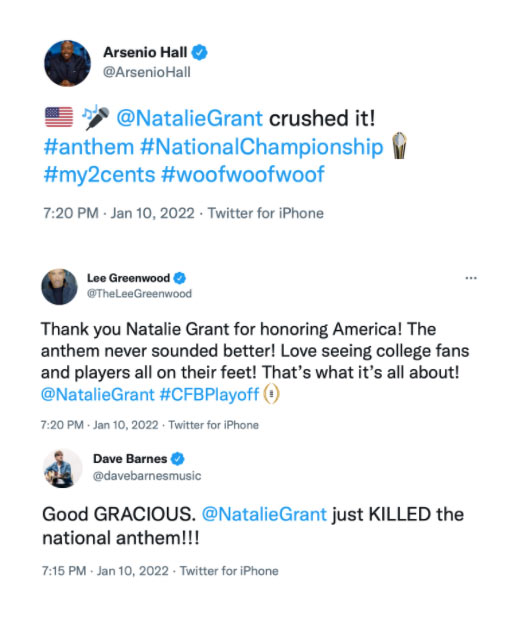