Natasha Owens is taking over Times Square to celebrate the release of her new studio album, American Patriot – available today on all major platforms. Digital billboards promoting the album release are flying high above the center of New York City, one of the most visited destinations in the world.

With American Patriot, Owens is taking a new direction and offering up a bold, proud, powerful concept collection that bridges an unwavering love of country with the themes of faith and family that have always played a significant part in her artistry. The new album includes notable tracks such as the powerful pro-life single, “Stand for Life,” as well as “America First,” a subtle tip of the hat to America First Policy Institute. The new collection of songs also includes “Freedom Is The Song,” “Prayer For America,” and the soaring ballad, “Broad Stripes, Bright Stars,” as well as powerful new renditions of iconic standards: “God Bless America,” “My Country, ‘Tis Of Thee,” “America The Beautiful,” “The Star-Spangled Banner” and “God Bless The U.S.A.”

“I’m so proud to stand and say that I love this country,” says Owens. “The American Flag is the beacon of hope to all people. It represents Freedom and hope to those oppressed around the world. I couldn’t think of a better place to fly the American Flag than over Times Square, In the same city where Lady Liberty stands tall.”

Owens has been making regular appearances on the conservative circuit in recent months, including frequent visits to Mar A Lago and a main stage appearance at CPAC 2022 in Orlando, performing the national anthem for the largest and most influential annual gathering of conservatives in the world. She also performed for nearly 50,000 at this year’s Hero’s Honor Festival alongside Toby Keith and Craig Morgan.

Owens exploded onto the Christian Music scene in 2016 and quickly found herself touring with Christian Music’s most iconic artists, including Michael W. Smith and Jason Crabb.

American Patriot was produced for Nashville-based record label Radiate Music by GRAMMY-nominated and multiple Dove Award winner Ian Eskelin. A portion of all proceeds from the new album will go to support organizations that directly invest in our veterans and American heroes. 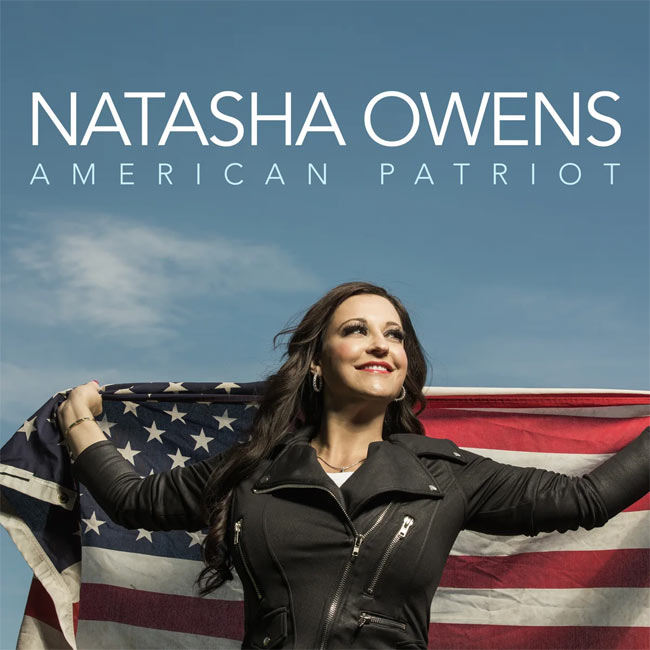 Seem Me Through it  -  Brandon Heath