Last night multi-GRAMMY® Award-winning artist/songwriter Steven Curtis Chapman was honored for his prolific musical career as a BMI Icon Award recipient at the 2022 BMI Christian Awards. This is the first Christian BMI Icon Award honoree as Chapman joins the elite list of songwriters including Barry Manilow, Brian Wilson, Carole King, Dolly Parton, Kris Kristofferson, Merle Haggard, Sting, and others who have left an influence on generations of music makers and the music industry.
During the evening, country star and member of Lady A Hillary Scott and Christian country trio and labelmates CAIN paid musical tribute to Chapman. Scott brought her signature voice to “Who You Say We Are” and “Speechless” while Cain serenaded the crowd with “Great Adventure” and “I Will Be Here.” In true songwriter fashion, Chapman wrote an original song for his acceptance speech to conclude the special evening.
“As a guy who loves to use words to try to paint a picture of what’s deep in my heart, I’m at a loss for words deep and beautiful enough to express what I feel after being honored by friends, family, and the wonderful folks at BMI and receiving the BMI Icon award last night,” shares Steven Curtis Chapman. “I’m completely blown away by all of the kindness, love, and honor I was shown. What an epic evening to once again ‘taste and SEE how good the Lord is’ and to remember and celebrate all of the amazing people who have been part of my incredible, ongoing Great Adventure!”
Celebrating 35 years since his debut album this year, Chapman has had a storied career as the most awarded artist in Christian music history. He has been honored with 59 GMA Dove Awards, five GRAMMY®s, and an American Music Award. Chapman also has 49 No. 1 radio singles, sold more than 11 million albums, and has ten RIAA-certified Gold or Platinum albums in his career.
He has collaborated with and had his songs recorded by other renowned artists in the Christian music world including BeBe Winans, CeCe Winans, Amy Grant, Casting Crowns, Mercy Me, Geoff Moore, and others. His songs of hope have also crossed genres, seeing collaborations with Billy Dean, Glenn Campbell, Gary LeVox of Rascal Flatts, Ricky Skaggs, Brad Paisley, and Lauren Alaina. In 2017, Chapman also became a best-selling author with his memoir Between Heaven and the Real World: My Story.
Last month, it was announced that Chapman had penned a new deal with Provident Label Group as he released his new song, “Still,” which he debuted from the Opry stage that same night. He is currently working on music that will be released throughout this year including a new radio single next month.
“I never imagined in my wildest dreams that I’d have the opportunity 35 years later to once again pour out what’s in my heart onto ‘the page’ and into a recording like this newest project,” shares Steven Curtis Chapman. “These unprecedented times we have all been journeying through have stirred me deeply, and these songs and this record have come from that deep place…these songs are as honest as any I’ve ever written.” 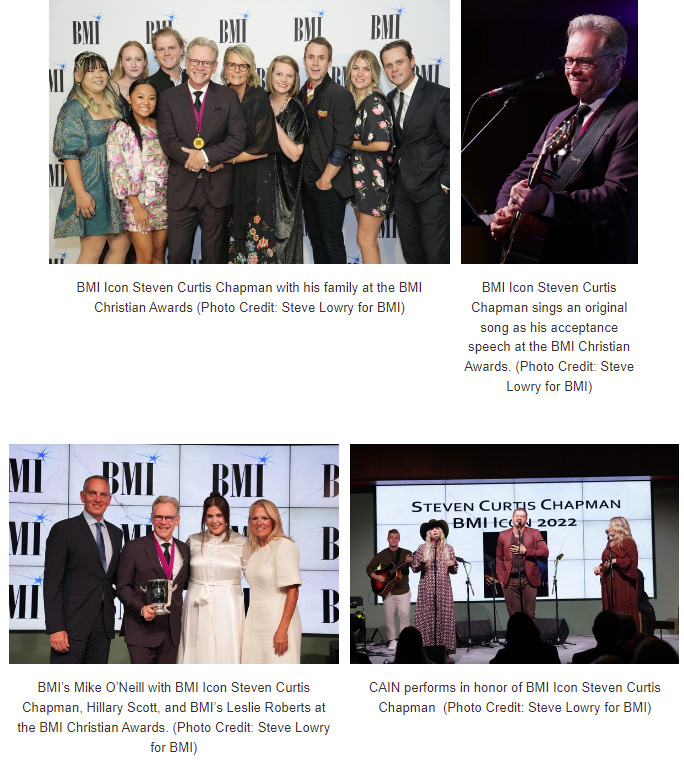